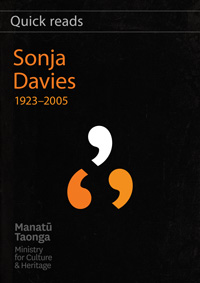 Sonja Davies hit the headlines when she protested on the railway tracks in Nelson. A tireless worker for world peace, the labour union movement and women’s rights, she became a national figure and was a Labour MP.