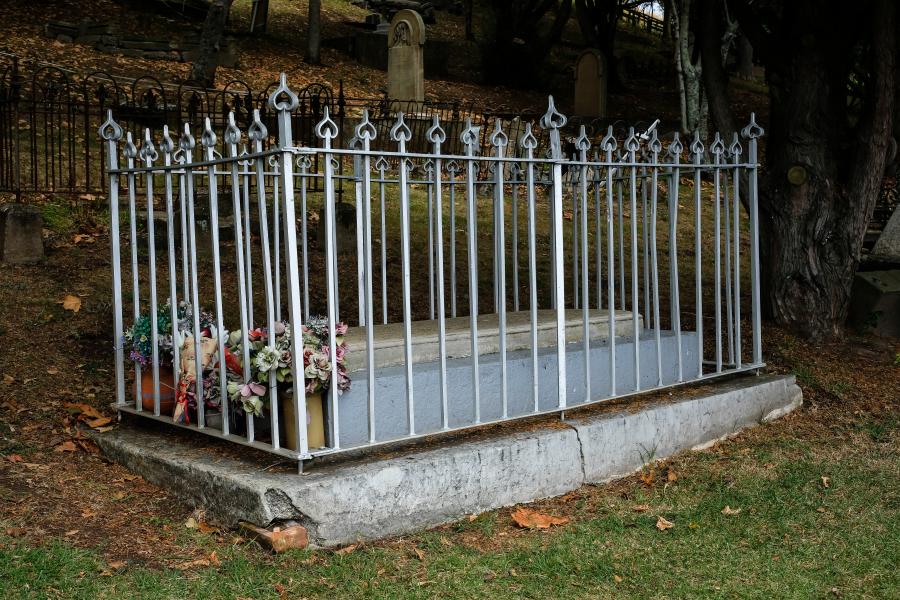 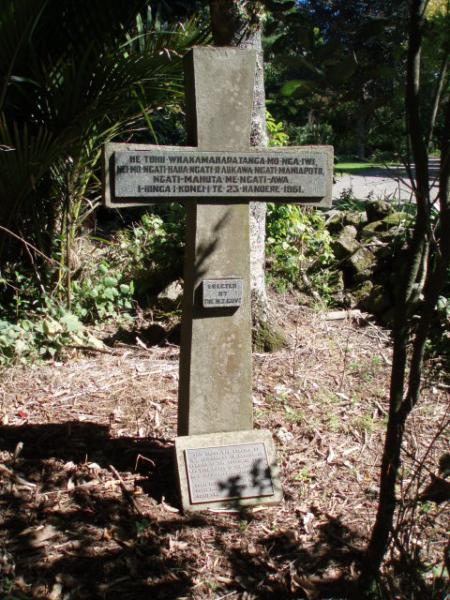 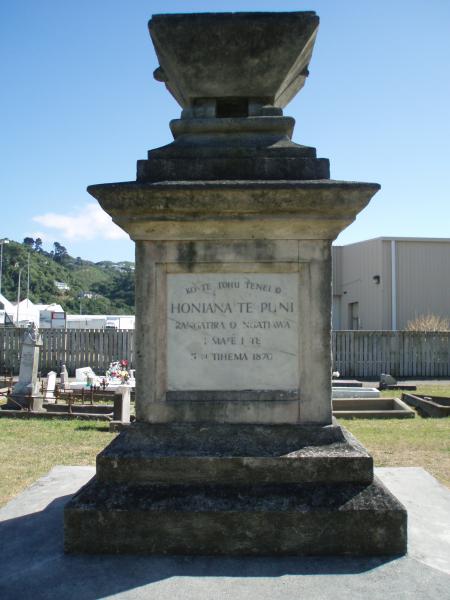 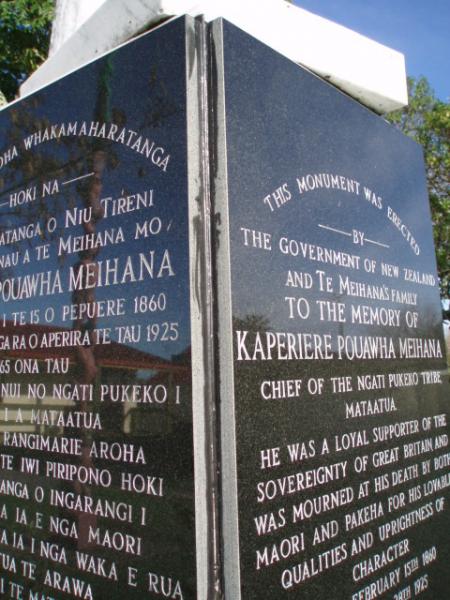 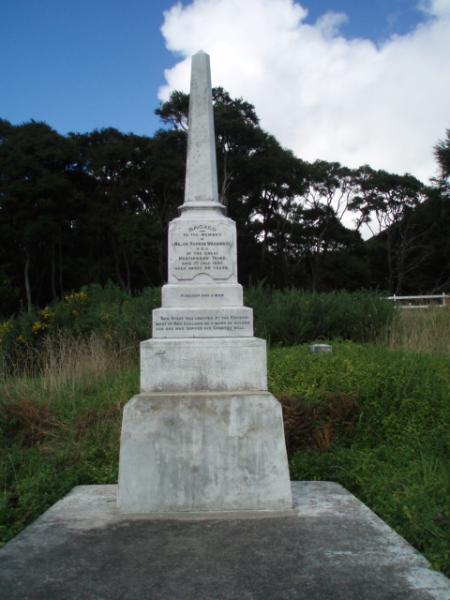 We maintain the following historic graves and monuments. Some are listed on private land, so please contact us if you are planning to visit these sites.

Detailed information and a map of New Zealand Wars memorials is available on the NZHistory website.

New Zealand Wars obelisk on plinth commemorating those from the 1st Waikato Regt who died 23.10.1863

Memorial of three framed panels arranged in a slightly curved formation with Corinthian columns on either side.  (See Hamuera Tamahua Mahupuku Memorial for more details)

Located on private land. Contact the Ministry if you require further details about this memorial

White painted monument, with inscription in English and Māori, commemorating the Chief

Grey granite monument erected by the NZ Government in 1927 commemorating various dead of New Zealand Wars, and others buried in this Pioneer Cemetery

Mahoetahi Cross, at junction of S.H. 3A and road to Waitara, New Plymouth:

Concrete cross with granite plaque, commemorating the deaths of Māori warriors in the New Zealand Wars

Memorial to Winiata Pekanui Tohi Te Ururangi, a sandstone memorial on a high plinth with urn on top.

Sites of three other graves once marked by wooden picket fences but no headstones disappeared many years ago.

Grave of Captain William A. Hussey

Ngāruawāhia Public Cemetery, western side of SH 1 about 1km south of Ngāruawāhia:

Grave of Chief Paora Te Amohau. Grave is to the left of the main doors of the church.

Monument erected by the New Zealand Government in 1891 to soldiers who lost their lives in an attack on one of Heke’s pas. Two-metre high bluestone cross on a plinth with a marble inscription panel.

Grave of a settler, John Hurford, who was killed in the New Zealand Wars on 2 August 1860.

Trooper Michael Noonan was a despatch rider killed during the New Zealand Wars.

Opepe Reserve Cemetery, on the Napier-Taupo Road about 12 km from Taupo:

Five graves in all, some killed in the attack at Opepe on 7 June 1869;

Grey granite obelisk commemorating the battle of Ōrākau, 31 March and 1 and 2 April 1864.

Grave of W C Broughton, Interpreter to the Forces, New Zealand Wars, killed at Kakaramea on 1.10.1865,

White pyramidal cairn commemorating those who died in the New Zealand Wars 1863-64, plus grave of Horton and Loader, whose names are also on the cairn.

Memorial in shape of a lion on a tall rectangular plinth commemorating those from the district in H.M Imperial Army, Navy and Colonial Forces killed in the New Zealand Wars.

Concrete cross marking the graves of Rawiri Waiaua and his followers killed by supporters of Waitere Katatore in land disputes in Taranaki in 1854.

Red granite monument commemorating Renata Kawepo and his followers who died during the Pai Mārire rebellion 1860-1872.

White marble obelisk to 11 men of H.M. Forces who lost their lives in the Waikato war

Arthur Wakefield and settlers killed in the incident on the Wairau 17.6.1843