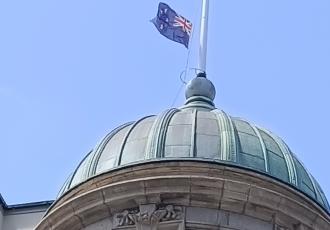 John Joseph Woods was the son of a soldier, born and educated in Tasmania, and later became a county clerk. He was creative and very musical, playing 12 instruments but mainly the violin. He was about 27 when the Advertiser ran its competition for a musical setting to Bracken's God Defend New Zealand, and teaching at the Roman Catholic school in the gold-mining town of Lawrence.

It was 9pm when the Advertiser reached him.  'On reading the beautiful and appealing words,'  he wrote to AH Reed in 1927, 'I immediately felt like one inspired . . . I set to work instanter and never left my seat 'till the music was completely finished late on in the night.’

This spark of inspiration gave God Defend New Zealand its enduring character and the ability to survive recurring criticisms that the anthem lacks musical distinction. In many ways it is the ideal complement to Bracken's verse, which expresses the aspirations of ordinary people with plenty of spirit but little academic or poetic pretension. 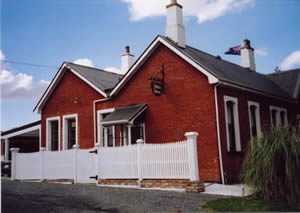 The former residence of John Woods in Lawrence, South Otago. The house is known as 'Anthem House' and although it is privately owned, is a tourist attraction. Image courtesy of Peter Ballantyne. 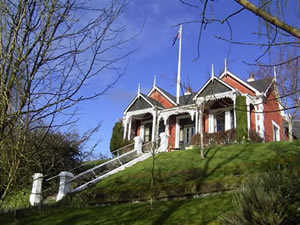 Another view of 'Anthem House' provided courtesy of Peter Ballantyne

Woods was a community man. In his district he was an all-round sportsman, a member and office-bearer in clubs and societies, long serving choir master of the Roman Catholic Church — and County Clerk for the Tuapeka County Council for 55 years.

This final achievement makes him unique in New Zealand's history. When he retired in 1932 at the age of 83 his services were recognised by creating him a 'freeman of the county' - the first time anyone in the British Dominion had been given such an honour.

He thought music a divine art and saw heaven '. . . as a beautiful garden of celestial flowers peopled by choirs of angels, whose songs of praise and adoration would replace their present-day earthly language.'  Not everyone's vision perhaps, but indicative of the populist sentiment that has kept his music for God Defend New Zealand close to the aspirations of the average New Zealander.