Aotearoa’s youngest viewers are in for a treat with $13.3m worth of new content to stimulate and entertain across a range of digital platforms, games and television.

NZ On Air Head of Funding Amie Mills says the 2022 local line up for tamariki is wonderful. “The funded projects are a beautiful blend of entertaining, inspiring, informative, educational and fun content that will engage tamariki of all ages.”

With more than a hint of nostalgia, Goodnight Kiwi’s own kiwi and cat will star in an animated series, bringing to life the Māori calendar and Matariki in Kiwi And Cat – Mānawatia A Matariki. 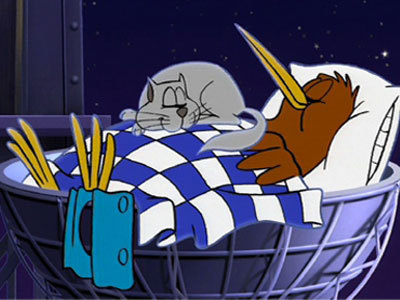 View the original Goodnight Kiwi animation on NZ On Screen.

Toi Time!, is a live action variety-style series aiming to educate and entertain pre-schoolers through play, movement and music. Beloved songstress Anika Moa will weave her musical magic through the new pre-school series.

The musical pre-school claymation series Kiri And Lou returns with more episodes teaching young viewers how to understand their feelings, through the adventures of prehistoric dinosaurs. Set to original music and with a veritable who’s who of NZ talent in the voice talent line up, it’s fast becoming a classic.

The much-loved Suzy Cato radio series will also return in 2022.

A new 1.5 hour strand of programming will keep youngsters entertained through weekday afternoons on TVNZ 2 and online. The Feed, aimed at 11-15 year olds, will interweave digital and television content in an innovative cross-platform approach. Interactive competitions, TikTok challenges, memes, games, skits and life hacks will all live natively online as well as feature on television alongside Take The Mic, a competitive, musical reality series, HEIHEI content, and the returning quiz show Brain Busters will round out the afternoons. A refreshed What Now also returns to Sunday mornings, to include the best of The Feed, alongside skits musical performances, special guests and games for younger kids.

HEIHEI, the home for local children’s content on TVNZ OnDemand will be boosted with several new titles including a number of competition-based Factual series.

In The Dirt, documents six young dirt bike riders preparing for and competing in a national competition and Junior Dog Handlers follows young people as they train and compete with their canine pals at the National Dog Show.

Masters Of The Mural-Verse documents 11-12 year olds competing to design an epic mural for their local community. In One Way Out teams compete to problem-solve their way through a series of challenges and in The Adventure Club children will learn about historical pioneering and survival stories by following in the footsteps of some famous explorers.

Imagination will be sparked with a new Māori and Pasifika-inspired anime series, Āio: The Last Paradise Of Kiwa, while Fresh Fairytales! will put a modern Polynesian twist on classic fairy tales in comically subversive musical theatre performances.

A new tween live action comedy Little Apocalypse sees a mundane summer holiday turn to mischief and mayhem thanks to a poltergeist from an apocalyptic future. While comedian Josh Thomson brings the history of the South Pacific to life with a sketch comedy series as he gets kids to share their favourite stories from history in My Favourite Dead Person.

New interactive games for HEIHEI.nz include Animal Tracks in which players compose rhythms and melodies out of native New Zealand animal sounds while in Mystery Beats animated characters are beatboxers, enabling the player to create unique beats with looping music mixes.

Kiwi Hatch!, is a virtual pet game where tamariki can hatch and raise kiwi chicks and release them into the wild and Eel Story is an adventure/survival game about the journey of a tuna kuwharuwharu (longfin eel) navigating treacherous waters and foraging for food. Ocean Adventurer will put puzzle solving skills to the test with a focus on cleaning up our oceans, while Pinball Play is a classic pinball game set in a New Zealand forest.

Ocean Adventurer, RoundPenguinStudio, up to $47,925