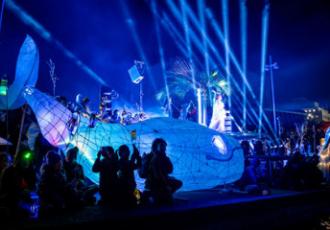 A reception will be held at Parliament later this month for the world champion Silver Ferns, and the public are invited to join in the celebrations.

The Silver Ferns defeated three-time defending champions Australia 52-51 in the final in July to win their first Netball World Cup in 16 years.

The Minister for Sport and Recreation Grant Robertson says the reception at Parliament will provide an opportunity for the public to celebrate the Silver Ferns’ victory and interact with the team.

“Like many New Zealanders, I was on the edge of my seat watching the final, which was one of the best sporting showdowns ever seen.

“I am delighted that we are able to bring the team together and provide the New Zealand public with an opportunity to show their pride and appreciation.

“A Parliamentary reception is a fitting way to honour and celebrate the team’s extraordinary achievement, and I would urge Wellingtonians and visitors alike to join us.”

Silver Ferns Head Coach Noeline Taurua and almost all the players, team management and support staff who accompanied the team to the Liverpool tournament will be present.

The formal part of the reception is expected to last for approximately 30 minutes followed by an opportunity for the public to mingle with the team and get up close with the Netball World Cup itself.