This year’s New Zealand History Research Trust Fund awards will see eleven New Zealand researchers bring the country’s past to life in projects ranging from a biography of portrait artist Isaac Coates to the story of the Kalimpong kids and the way people have interpreted the Treaty of Waitangi over time.

“With 67 applications for this year’s awards selection hasn’t been easy, and those chosen will give an insight into previously neglected people and topics,” says Neill Atkinson, Ministry for Culture and Heritage Chief Historian.

“Nelson historians Hilary and John Mitchell are researching the life and work of the artist Isaac Coates, whose portraits provide an invaluable pictorial record of Māori of Te Tau Ihu (Nelson-Marlborough) and the Cook Strait area during the early 1840s.

“The Kalimpong kids is about the 130 adolescent Anglo-Indians who were resettled in New Zealand between 1908 and 1938 under a Scottish Presbyterian scheme. Dunedin researcher Jane McCabe will tell their little known story inspired by her own grandmother, Lorna Peters, who grew up in Kalimpong. 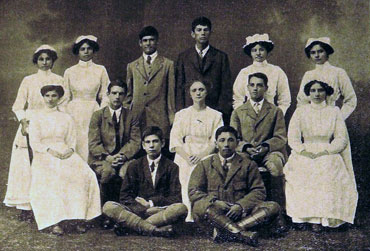 “Wellington author Matthew Wright has written on many aspects of New Zealand history. His new book will look at the way the meanings of the Treaty of Waitangi have evolved over the past 175 years and particularly how Pakeha have influenced the practical application of the Treaty until the late twentieth century.

“Marking 40 years since they first took to the stage, Marianne Schultz’s history of the Limbs Dance Company will investigate how the company changed the landscape of dance in New Zealand and launched the careers of notable dancers including Douglas Wright and Shona McCullagh.

“With more than $100,000 in funds allocated annually the New Zealand History Research Trust Fund helps highlight the people and the stories that contribute to our national identity,” Neill Atkinson said.

Administered by the Ministry for Culture and Heritage. the fund provides financial assistance which can be used in a variety of ways including working fulltime on a project, paying for research and writing costs or for travel costs associated with research.

The full list of 2017 recipients and their funding is:

More information about the awards is on the Ministry for Culture and Heritage website at: http://www.mch.govt.nz/funding-nz-culture/ministry-grants-awards/new-zealand-history-research-trust