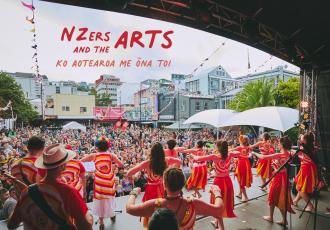 Latest research shows New Zealanders more positive than ever about vital role the arts play in our lives, despite COVID-19

Government to apologise for Dawn Raids

Five new members appointed to the Sport NZ Board 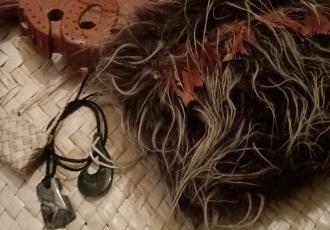 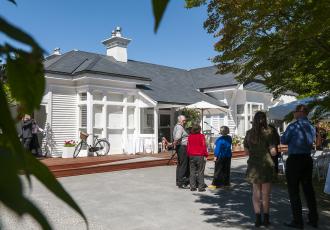 A history of the Museum of New Zealand Te Papa Tongarewa

Largely as a result of representations made by James Hector, then head of the New Zealand Geological Survey, the Colonial Museum was established in 1865 soon after the colonial capital was moved from Auckland to Wellington. Housed in a purpose-built building behind Parliament Grounds the museum’s original collections comprised the small collection made by the New Zealand Society, the country’s first scientific society that had been defunct since 1861.

The collection grew with the addition of some of the material brought together for the New Zealand Exhibition held in Dunedin in 1865 and specimens gathered during the geological survey of the Province of Wellington. In 1869 former premier of Denmark, Bishop Monrad, then resident in Manawatu, gifted the museum 600 etchings and engravings, though two years later this collection was transferred to the General Assembly Library for safe-keeping.

James Hector retired as director in 1903, replaced by Augustus Hamilton who was directed to concentrate on developing the collection of Māori art and artefacts, purchasing many private collections and accepting donations of other collections including 300 sketches and watercolours by painter Nicholas Chevalier. After New Zealand became a dominion in 1907 the museum became known as the Dominion Museum.

The Science and Art Act of 1913 provided for the establishment of a Dominion Museum, a Dominion Art Gallery, and a Dominion Scientific, Art, and Historical Library within or adjoining the Dominion Museum. However, World War I put a halt on proceedings.

Around this period Wellington merchant Alexander Turnbull gifted the Colonial Museum some 500 items, and in 1918 bequeathed his vast collection of books and printed material to “His Majesty the King” stipulating that the collection must be kept together “as the nucleus of a New Zealand National Collection”, essentially becoming the planned Dominion Scientific, Art, and Historical Library. In 1965 the Alexander Turnbull Library was incorporated into the newly established National Library.

The original plans for the Buckle Street building were never actually completed and by the 1980s storage had reached capacity, so in 1984 the government appointed a team to plan for a new museum. This team recommended three independent museums – National Art Museum, Te Whare Taonga Tangata Whenua, and National Museum of Human Society and Natural Environment. In 1988 a board independent of the museum and art gallery was established to further look at developing a new national museum.

The Museum of New Zealand Te Papa Tongarewa Act 1992 allowed for the establishment of a National Museum that “shall incorporate the National Art Gallery and the National Museum” and “shall provide a forum in which the nation may present, explore, and preserve both the heritage of its cultures and knowledge of the natural environment”. A waterfront site was chosen for the new building and construction began in 1994.

While the National Museum and National Art Gallery had shared a building since 1936, the two remained separate entities until the MONZ Act of 1992. However, the journey to a National Art Gallery started in 1882 with the establishment of the Fine Arts Society of New Zealand, the grandly assumed name for what was essentially the Wellington Art Society. This organisation evolved into the New Zealand Academy of Fine Arts in 1889, which in 1907 opened a gallery in Whitmore Street. The NZAFA managed a national art collection acquired, in part, with government funding.

The NZAFA was a prime mover in the foundation of a National Art Gallery and after the passing of the 1930 National Art Gallery and Dominion Museum Act, the Academy sold its own gallery and devoted the proceeds of the sale, its art collection, and its building fund to the National Gallery in return for accommodation (offices and galleries) in perpetuity in the new building. The national collection also included art works from the Dominion Museum and the vast Monrad collection which by this stage was housed at the Alexander Turnbull Library.

During World War II, the Defence Department took over the National Gallery and gallery spaces, with the bulk of the collection sent to Hastings for safe keeping, and a temporary gallery was set up in the former tearooms of the D.I.C. department store.

Up until 1967 the NZAFA was still collecting paintings and presenting them to the National Gallery, though these were mainly works by British artists. It wasn’t until the 1970s that the National Gallery started to build up a truly national art collection.

Early in the 1980s the National Government approved the construction of a new building for the Art Gallery. That decision was reversed by the Labour Government in 1985 by which time a team was working on plans for a new museum.

The establishment of Te Papa meant that the New Zealand Academy of Fine Arts was required to find a new home. After receiving compensation for the breaking of the deed of in perpetuity, and after intense debate, the Academy moved to a site on Queens Wharf. After a couple of years of operating at a number of temporary sites the new NZAFA gallery opened in February 2000.

The National Gallery and National Museum moved out of their Buckle Street site in 1996. On 14 February 1998, Te Papa opened in Cable Street, Wellington, on time and within budget.

2001 saw the opening of dedicated art gallery spaces, and 2005 saw the opening of the long-term exhibition ‘Toi Te Papa Art of the Nation’ which represented a major rethink of the museum’s presentation of art. In 2012 Te Papa announced that in March 2013, the Level 5 Gallery space will be re-launched as part of a new model to show more of Te Papa's art collection.

This was achieved with the Easter 2013 opening of Te Papa's new art experience – Ngā Toi | Arts Te Papa. All of Level 5, as well as the website, features a changing programme of art from the national collection – for experts and novices alike. In addition, the July 2013 opening of Te Ihomatua | Gallery on 4 was a significant step towards achieving plans to expand Te Papa’s art gallery space three-fold over the next few years. Ihomatua is drawn from the Māori concept meaning the mind, the source of all thought and expression. Iho also speaks of connections between people, across cultures and through the generations.

By 2015, 25 million people had visited Te Papa and in December 2015, Te Papa celebrated 150 years since the founding of the Colonial Museum in 1865, which evolved into today’s Te Papa.

Te Papa’s spectacular new art gallery opened in March 2018, spanning almost 4000 m2 over two levels. The new exhibitions include contemporary jewellery, immersive art experiences and iconic New Zealand works from the national art collection. The vast new entrance gallery is larger than any space at Te Papa and will enable Te Papa to showcase works that have never been seen before.

Opened in May 2019 was Te Taiao | Nature,  a new permanent exhibition at Te Papa. It weaved together science and mātauranga Māori in a uniquely New Zealand experience. With an investment of $12 million, Te Taiao | Nature is the largest redevelopment at Te Papa since it opened 21 years ago. It replaces the old nature exhibitions which have been closed since April 2018. The 1,400-square-metre zone features more than 1,200 collection items, from a fossil dinosaur tooth to a moa egg which has never been seen by the public.