Tumu Whakarae
Secretary for Culture and Heritage and Chief Executive Leauanae Laulu Mac has over 15 years of Senior Management experience and joined Manatū Taonga from the Ministry for Pacific Peoples, where he was Secretary for Pacific Peoples and Chief Executive. During his tenure, Leauanae Laulu Mac led a significant transformation of the Ministry, including the launch of the All-of-Government Pacific Wellbeing Strategy, which is focused on transforming the public service system to be more responsive to Pacific peoples’ needs and aspirations.

Prior to this, Leauanae Laulu Mac was Chief Executive of the Pacific Cooperation Foundation, and has worked across a variety of private sector and governance roles. Leauanae Laulu Mac holds an LLB from the University of Auckland, an MBA from Henley Management College (UK), and recently completed the Executive Public Service Leadership Programme at the Oxford University Blavatnik School of Government.

Leauanae Laulu Mac has āiga (extended family) connections with the villages of Fa'ala, Iva and Sa'anapu in Samoa. His matai title Laulu is from Fa'ala where it was bestowed in a traditional saofa'i ceremony in July 2010. In January 2023, our Tumu Whakarae Chief Executive was honoured to be bestowed the Leauanae title. The Leauanae title is a tulafale / ali’i title, which means Leauanae Laulu Mac has a speaking chief and high chief title, enabling him to contribute to the speaking and decision making in his village of Iva, Savaii.

As te Tumu Whakarae mō ngā Taonga, Secretary for Culture and Heritage and Chief Executive of Manatū Taonga Ministry for Culture and Heritage, Leauanae Laulu Mac oversees all operations of the Ministry and supports our Ministers in matters related to the Arts, Culture, Heritage, Broadcasting and Sport portfolios. Leauanae Laulu Mac is supported by Te Toi, the Office of the Chief Executive at Manatū Taonga. Glenis Philip-Barbara, who is of Ngāti Uepōhatu and Ngāti Porou descent, is Pou Mataaho o Te Hua, Deputy Chief Executive Delivery. Glenis has been in the role since July 2022.

Glenis has thirty years of experience working in all aspects of the public and community sectors including working with whānau, hapū and iwi to recover mātauranga Māori.

Glenis joined Manatū Taonga from the Office of the Children’s Commissioner, where she was te Kaikōmihana Māori mō ngā Tamariki ō Aotearoa, Assistant Māori Commissioner for Children. Glenis has also worked at Gisborne District Council and Te Hā Trust in Tairāwhiti, and in the public sector she has had roles at both Ministry for Social Development and was the Chief Executive at Te Taura Whiri i te Reo Māori Māori Language Commission. Matthew Oliver is Pou Mataaho o Te Iho, Deputy Chief Executive Organisational Performance, taking up this role in September 2022 on an acting basis until the end of June 2023.

Matthew has been with Manatū Taonga since 2008, most recently as Pou Tohu Rautaki i te Tumu Whakarae, Strategic Advisor to the Chief Executive. This followed time at the Parliament as a private secretary for Arts, Culture and Heritage ministers and various roles in the Ministry’s publishing and web teams. Matthew has extensive experience in publishing and the digital heritage sector, working in legal, academic and reference publishing in New Zealand and the UK and digital project management at the National Library and here at Manatū Taonga. Matthew is a former Library and Information Advisory Commission member and former member and chair of the National Digital Forum. Matthew lives in Ngaio with his partner and two sons; he likes TV, reads books, buys the occasional painting, and helps some local environment groups (bush restoration and predator control).

Te Iho provides organisation-wide and corporate services to support Manatū Taonga to deliver on its work programme and priorities across our three portfolios – Arts, Culture and Heritage, Broadcasting and Media, and Sports and Recreation. Te Iho is responsible for keeping the Ministry running efficiently and effectively and includes communications, facilities, finance, human resources, information management and technology, legal, ministerial services, and portfolio and accountability reporting functions. Mere-Hēni is experienced in translating strategy into action through many senior leadership roles in the public sector. Most recently she was the Director at Te Arawhiti – The Office for Māori Crown Relations, working to build public sector capability in Māori-Crown engagement and partnerships, including facilitating the inaugural Te Rā Aro ki a Matariki. Mere-Hēni has championed Māori language revitalisation at both Te Mātawai, the first independent statutory entity for te reo Māori, and at Te Taura Whiri i te Reo Māori. A highlight for Mere-Hēni has been supporting iwi Māori planning initiatives, including assisting her own iwi to develop Toitū te Reo o Ngāti Porou, the Ngāti Porou Iwi Language Strategy.

Te Pae Huarewa leads the Ministry’s Māori Crown capability to build effective engagement with iwi Māori – both of which are critical to strengthening Māori Crown relations. Emily Fabling is the Pou Mataaho o Te Aka, Deputy Chief Executive, Policy and Sector Performance. Emily has been in the role since November 2021.

Emily is an experienced DCE having spent the last four years as Deputy Secretary Strategy, Planning and Governance, Te Ohu Rautaki at the Ministry of Education — Te Tāhuhu o Te Mātauranga. In that role Emily led the strategy, sector performance, legal, corporate communications and ministerial servicing areas for the Ministry. Emily’s policy background includes senior roles in education, labour and immigration policy, as well as leading programmes of national significance. Emily has also been a board member for Fulbright New Zealand, and retains her voluntary board role for the Duke of Edinburgh’s Hillary Award.

The Te Aka group provides policy advice to the government on arts, culture, heritage, broadcasting, and sports and recreation. Te Aka works on policy proposals, legislation and reviews that are significant to the cultural sector. The group also monitors the government's interests in the cultural sector agencies which receive crown funding, including supporting ministers with board appointments and governance advice. 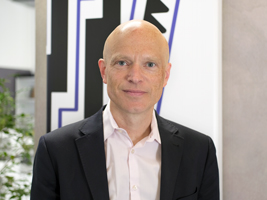 Joe Fowler is the Pou Mataaho o Te Aka Tūhono, Deputy Chief Executive Investment and Outcomes, taking up this role in September 2021.

Joe joined us from Oranga Tamariki, where he was the General Manager Commissioning for four years. Before this, Joe was a senior manager in central and local government in the United Kingdom. Joe has spent the last 15 years of his career finding creative and collaborative ways of using public funding to support improved outcomes. Joe has also led significant change within and across organisations. At Oranga Tamariki, Joe worked with iwi, Māori, non-governmental organisations, and internal stakeholders to completely re-design the agency's procurement, funding and contracting.