NZ On Air has released details of its latest funding decisions for locally made drama and comedy productions. 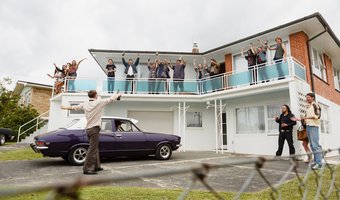 Three intriguing new drama projects have been green-lit along with a 5th season of Westside, the popular prequel series to the cornerstone hit Outrageous Fortune. Three will screen Jonah, The Untold Story, a two-part mini-series on the Tongan Kiwi global sporting legend who set the rugby world on fire. TVNZ will dramatise the tragic 1947 Ballantynes department store fire as part of it's Sunday Theatre season in Ablaze. The broadcaster will also produce Runaway Millionares, the story of Kara Hurring and Leo Gao, who went on the run after a bank error deposited $10 million into Gao's bank account when he applied for a $100,000 loan.

“Local drama continues to engage local audiences because we love to see our own stories, told in our own voice. Our production companies are second to none at creating and delivering great stories,” said NZ On Air CEO Jane Wrightson.

In terms of local laughs, Three will produce five sitcom pilots from a diverse range of creatives for Comedy Pilot Week which will screen primetime. Panel show 7 Days will be back again in 2019 for its 11th year, entertaining Friday night audiences and providing a platform for comedy writers and performers to develop successful careers.

TVNZ On Demand will showcase Educators, a brand new improvised sitcom starring a dysfunctional bunch of staff at a Kiwi secondary school. Also online, the dramatic comedy hit Baby Mamas Club has been renewed for a second series. The first season of Baby Mamas Club was hugely successful with close to half a million views.

“Our role as a public media funder is not only to ensure audiences have a range of engaging content to enjoy wherever and whenever suits them, but also to provide pathways for talent to emerge. It’s very pleasing to see new comedy writers coming through our funding system, and seeing them nurtured and inspired by established talents,” said NZ On Air CEO Jane Wrightson.