A landmark in New Zealand film and news

2016 is the anniversary of a landmark moment for the New Zealand film and news industries.

It is 75 years since the National Film Unit (NFU) was set up to screen newsreels for New Zealand cinema audiences. 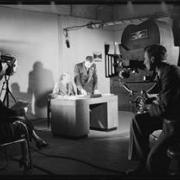 From wartime news and tourism promos to television dramas and documentaries, the government filming body produced a vivid and rich montage of Kiwi life over five decades.

“The National Film Unit held a unique role in New Zealand’s film and television industries and its productions showcase some truly fascinating aspects of life in New Zealand during the twentieth century that would be difficult to portray in any other medium,” says David Butts, Manager of Heritage Operations at Manatū Taonga Ministry for Culture and Heritage.

“It’s a real credit to our partner agencies that, on the 75th anniversary of the establishment of the Unit, hundreds of films showcasing its immense and rich output are now freely available for people to view, often for the first time in decades.”

The NFU was set up by the government in 1941 to publicise the war effort, but it was the human faces of the newsreels that really appealed to people. They packed local cinemas in the hopes of seeing a loved one on film.

In the 1940s and 50s, the NFU was a major source of news and information for New Zealanders, who were some of the most frequent cinema-goers in the world. The first half of a cinema programme would typically include God Save the King/Queen, followed by a cartoon and a newsreel or short documentary.

From Kiwi athletes, Royal visits and tourist attractions to the everyday lives and concerns of workers and families in rural and urban New Zealand, the NFU gave Kiwis the chance to see and hear themselves and each other on screen.

When television arrived in the 60s to take up that role, the unit started to shoot more ambitious and innovative documentaries and films. It was sold to TVNZ in March 1990, and in 1998 the film facilities in Miramar were sold to a company associated with Peter Jackson, later to become Park Road Post Production.

The National Film Unit’s 75th anniversary is one of three landmark moments in New Zealand film being celebrated in 2016.

A guide on how to find and use material from the National Film Unit is available at http://www.mch.govt.nz/using-national-film-unit-footage.