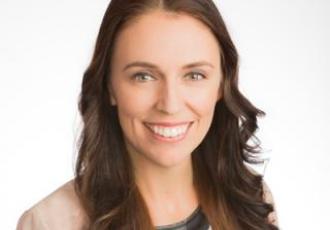 Government will mark the centenary of the First World War beginning in 2014 with significant international and domestic projects and ceremonies, Minister for Arts, Culture and Heritage Christopher Finlayson announced today.

“The First World War was one of the most significant events of the 20th Century and had a deep impact on New Zealand society,” Mr Finlayson said. “Ten per cent of our population of one million at that time served overseas, of which 18,000 died and 40,000 were wounded. This profoundly affected nearly every New Zealand family.”

“It is only fitting therefore that the government has agreed to support a number of activities, including some large scale legacy projects with funding of up to $15 million.”

Among the projects are the completion of the National War Memorial Park; a broad range of historical publications; a family history research database; an updated guide to the Western Front, and a heritage trail at places where New Zealanders served during the First World War, such as Gallipoli and along the Western Front.

A panel of eminent New Zealanders will be established to act as ambassadors, coordinate activities with equivalent groups in Australia and provide advice to government on the centenary commemorations.

“The growing attendance at Anzac Day ceremonies here, and the steady increase in the number of visitors to the battlefields in Europe demonstrate there is a strong interest from New Zealanders, especially young people, in the involvement of their families in the war,” Mr Finlayson said.

However, other anniversaries such as the battles of the Somme, Passchendaele, Messines and Le Quesnoy in Europe and the Sinai and Palestine campaigns in the Middle East will be marked.

“The centenary provides an opportunity to increase our understanding of how the war contributed to New Zealand’s emerging sense of itself as an independent nation and to highlight our long history of commitment to global security,” Mr Finlayson said. “It also fostered the development of the unique Anzac relationship which endures to this day.”

In June this year Australian Prime Minister Julia Gillard announced AU$5 million for an Australian Memorial in Wellington’s memorial park, to be completed by 2015.