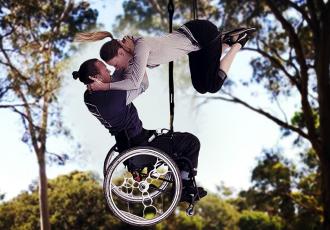 Auckland’s “100% Aotearoa” festival all about inclusion 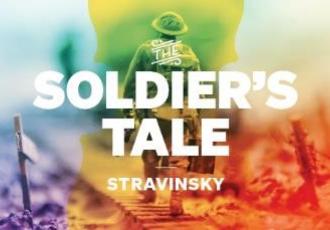 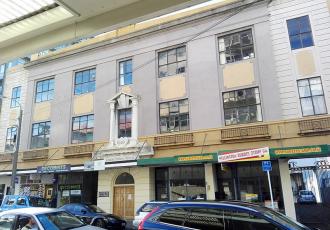 Christchurch-born artist Wayne Barrar and Auckland-based Anton Parsons are the first artists to be announced as part of Time in Space (territories and flow), the curated element of the SCAPE Public Art 2017 Season.

Wayne Barrar’s In/Visible Landscape 2017 drawn from his extensive series of photographs The Glass Archive, will feature on a large banner on the outside of the Canterbury Museum, and billboards at seven locations across Hagley Park, with further pieces displayed inside the Museum. The Glass Archive is a large body of photographs exploring the extraction, arrangement and circulation of diatoms and other microfossils for scientific study. Diatoms are comprised of tiny silica skeletons, remnants of algae from millions of years ago and are often found as fossils in diatomite deposits. Glass slides of diatoms were sold to amateur  Victorian microscopists, and have been photographed by Barrar through a microscope, enabling us to view the detailed forms and patterns not normally visible to the naked eye.

Seven-large billboard works in Hagley Park including of fossil marine diatoms photographed through a microscope compliment a large banner on the front of the Canterbury Museum, and a giant colour pigment print in the main foyer, both featuring arranged diatoms.

Continuing a long association with SCAPE Public Art, Anderson Lloyd are again involved in the Season, and are the major sponsor of Barrar’s work.

Anderson Lloyd Partner Ben Johnston said, “We are excited to be a sponsor of SCAPE's 2017 Season, and in particular helping to showcase Wayne Barrar's In/Visible Landscape in Christchurch. Associate Professor Barrar's body of work, which considers the way landscapes change and are re-defined through human interaction, has particular relevance for Christchurch in our rebuild environment.” Myopia 2017 explores ideas about distance (both physical and metaphorical) and perceptions of the world depending on where you see things from. The aluminium rounds are spaced out in braille to spell ‘myopia’ and ‘hyperopia’. These terms are often used to describe conditions of sight (myopia – shortsighted, hyperopia – longsighted), and the work invites us to consider different ways to perceive the world.

Acquiesce 2017 also features patterning that is in braille, but the meaning of the text is more ambiguous. It could be a highly sophisticated code, or pure decoration.

The form of Acquiesce is an abbreviated version of the seam of a tennis ball, a linear shape that Parsons has been working with since 2006. This seam is a clever geometrical solution to form a robust 3-D sphere from a 2-D surface. Here the form has less of a utilitarian role, and more a metaphorical one. It has no beginning or finishing point, it is endless. The application of braille to a 3-D four-sided profile further challenges a simple translation, and offers the viewer scope for interpretation.

Anton Parsons is a long-time collaborating artist with SCAPE. Passing Time, was created for the 6th SCAPE, and installed only a few days prior to the Christchurch earthquake on 22 February 2011.

In the second Season of her three-year curatorial tenure of SCAPE, Heather Galbraith is celebrating artworks which explore how different understandings of time (geological, cultural, cosmological), and alternative ways of recounting histories combine to shape a sense of place. The 2017 artworks will be on show in a range of spaces around Christchurch, with Canterbury Museum acting as the starting point for the exhibition’s Public Art Walkway. The works by Barrar and Parsons bring visual and symbolic impact to these pockets of the city, connecting to form an integral part of the SCAPE Season 2017 Public Art Walkway.

Wayne Barrar is an Associate Professor at Whiti o Rehua School of Art at Massey University, Wellington. His photography has been widely exhibited and published internationally since the 1980s, and his work is held in major national and metropolitan collections. Publications include the monographic books – Shifting Nature, University of Otago Press 2001, An Expanding Subterra, Dunedin Public Art Gallery 2010, Torbay tī kōuka: A New Zealand tree in the English Riviera, University of Plymouth Press 2011, and The Glass Archive: Photographs by Wayne Barrar, 2016.

Based in Auckland, Anton Parsons is one of New Zealand's leading sculptors. He graduated from the University of Canterbury School of Fine Arts in 1990. His work is held in public and private collections throughout New Zealand. Parsons’ practice has embraced a wide range of media and modes: industrial materials, readymade objects, photography and installation. His works engage physical space in profound, often unsettling ways through apparently simple means.